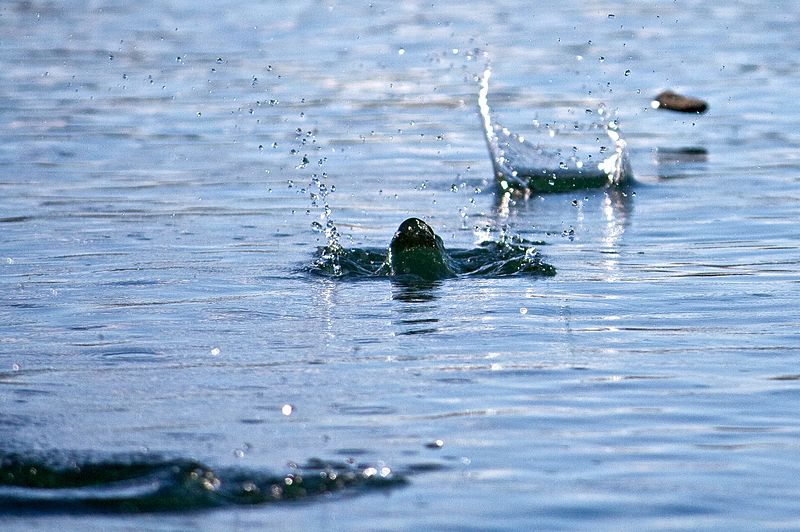 Stone skimming is usually considered to be a quiet pastime, spent on the shore of a river or lake while enjoying a drink and doing nothing important.  People who happened to have stones and flats surfaces of water nearby enjoyed it indiscriminately.

But some people decided to take it more seriously than others.  In Scotland, that evolved to become the World Stone Skimming Championships, an event that brings people in from around the world to test their stone-hurling skills.

While there are other events that take place throughout the year and in various areas of the world, there is only one championship event.  It takes place on the last Sunday of September of each year in Argyll, on Easdale Island, a tiny place that is known for having one of the smallest populations in the country.  Around 200 people show up each year looking for a chance to take the title.

Stone skimming has been going on since man first figured out how to throw a rock, but it wasn’t until 1989 that it began to get official.  Now there are rules, regulations and all that come with them, though they’re pretty basic and easy to understand.  Stones must bounce at least three times and each person gets three tries.

The stone that goes the furthest is declared the victor.  People of all ages and skill levels are encouraged to try their hand at the title, as this event does not require qualifications or other such nonsense that many sports deal with.  To make the competition more of a festival, there is a Saturday night “Pre-Skim” party, filled with music and drinking.

Competitive stone skimming isn’t just relegated to Scotland, however, so you can likely find an event somewhere near you that lets you battle it out with other enthusiasts.  Still, the biggest and the best go to Easdale Island, including world-record holders - the best of which sent his stone about 213 feet.  So if you’re serious about being the best, you’ll have to take a journey to Scotland.