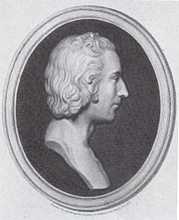 Because of their revolutionary goals, the United Scotsmen had to meet in secret, and they used a cell structure common to many modern-day underground organizations. Cells had fifteen or sixteen members at most so that the whole organization would not be compromised if one cell was infiltrated. The United Scotsmen at their height had thousands of members, who met secretly to drill with pikes in preparation for the rebellion.

Unfortunately for the United Scotsmen, government agents succeeded in infiltrating many of the cells despite their best precautions. The attempted rebellion, when it finally came, was poorly coordinated and poorly armed. It was quickly defeated by the authorities and then all but forgotten, so that many people even now think of the '45 as the last Scottish rebellion when it actually was not. The memory of the Jacobite rebellions was still fresh enough in that era that the United Scotsmen used images of Highland warriors in their propaganda, and even though most of the rebels were Scottish Lowlanders, a handful of their leaders were members of the Highland gentry who grandparents had lived through the '45.

The United Scotsmen uprising wasn't actually the last Scottish rebellion either. There was another uprising in 1820, which I'll discuss in a future blog, and one of its leaders was a veteran of the United Scotsmen.