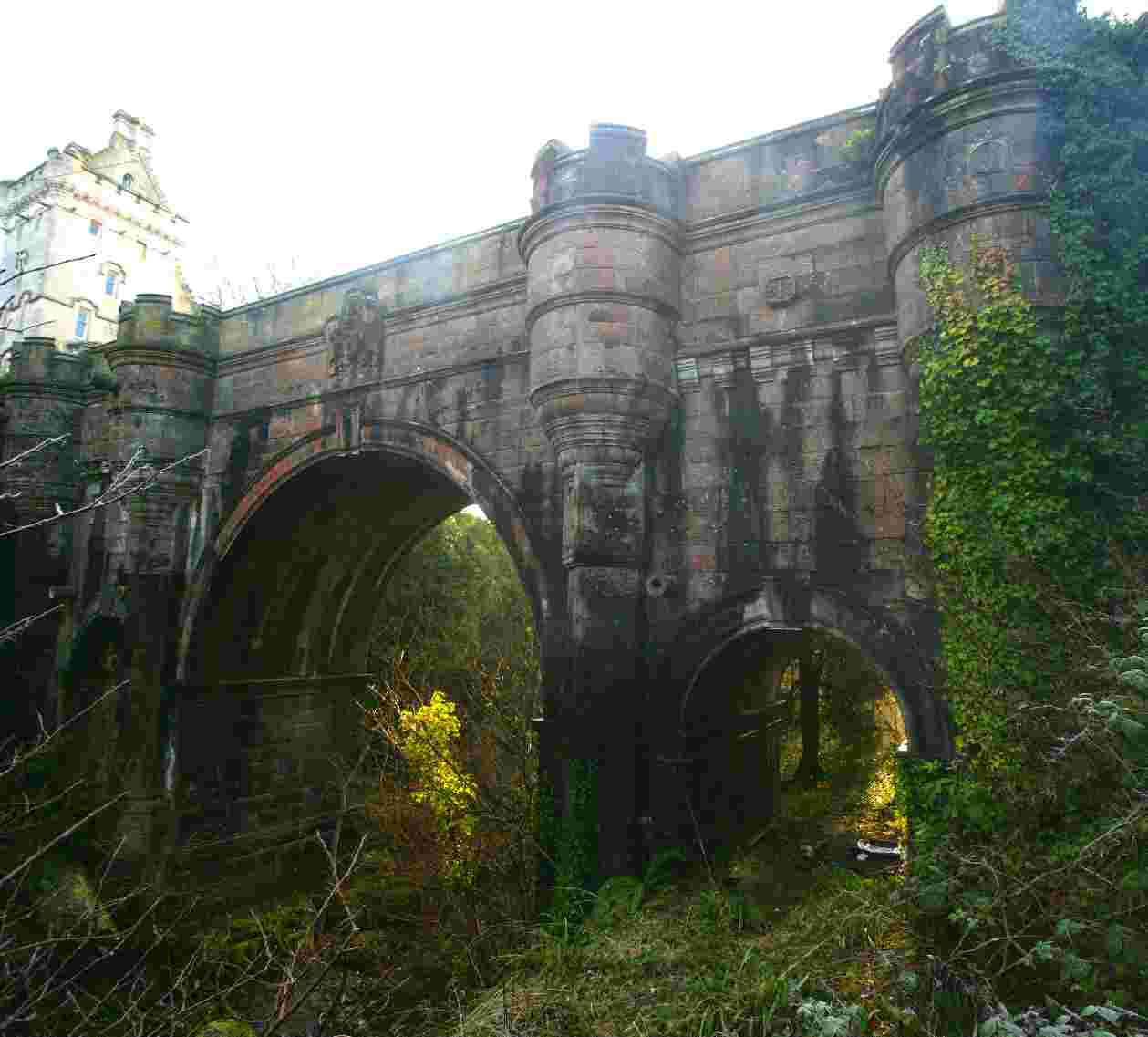 A Scottish supernatural mystery or just some over-anxious canines?

This one is for the spook-hunters out there, a strange and foreboding bridge just outside of West Dunbartonshire in Scotland.  The thing that makes this bridge so peculiar and of interest to those with a taste for the supernatural is the repeated dog suicides that take place there every year.  So many dogs are said to have taken their own lives by leaping from this bridge that it’s acquired the nickname of “Rover’s Leap.”

Nearby the bridge is the Overtoun House, a granite structure that resembles a castle in many ways and now serves as bed and breakfast.  In order to cross a creek to get to the house, a bridge was built.  Since in the 1950s, this byway has proven to have an unusual effect on the local dogs.  They randomly jump over the edge, at a specific spot on the bridge, and the landing often ends in their deaths.

Why it happens is up for debate.  Those who choose a less traditional explanation have several theories.  Some say that since the areas nearby have a high human suicide rate that the dogs pick up on it and mimic the actions of people.  Others say it’s a less supernatural phenomenon, akin to animals finding a place to die when they get old.  And, of course, there is a fair share of people who claim the bridge is haunted and that the dogs are lured into jumping by ghosts.  This last theory is further reinforced by an event that took place in 1994, when a man threw his baby over the edge of the bridge and then attempted to follow suit.

A more scientific explanation has also been addressed.  The fact is, the wall is just high enough to block the vision of most dogs, yet the presence of wildlife nesting in the area is very high.  Some believe that the dogs smell these critters and then go chasing after them, not realizing that when they jump the wall they’re leaping straight into a long drop.

Whatever you choose to believe, Overtoun Bridge has taken its place as a local urban legend, being responsible for more than 50 dog deaths over the last few decades.  Though the legends and supernatural presence at the bridge may be called into question, it is certainly an interesting place to visit if you happen to be a fan of the strange and unusual.