And Their Modern Heirs 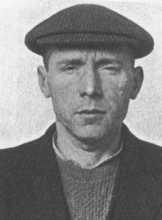 Glasgow, like many large cities, has a history of gang culture, including the infamous “razor gangs” of the 1930s. The razor gangs were so called because of their preference for the straight razor, a weapon used primarily to disfigure the opponent by slicing the face. Most people think of the razor gangs as a thing of the past, but many of the 1930s gangs still exist in some form today.

One strange characteristic of Glasgow gang culture is a seeming preference for outlandish and whimsical gang names, including “Tollcross Wee Men,” “The Boig,” and even “Wild Young Chumbly.” The modern gangs no longer rely primarily on the straight razor (which is not to say its use is entirely unheard-of), but the association of the razor with Glasgow street gangs is so pronounced that fictional portrayals of Glasgow gangsters almost always depict them as favoring this weapon. For instance, the original graphic novel of “V For Vendetta” includes a Scottish organized crime figure who uses a straight razor in preference to a gun, saying he “wouldnae waste the bullet.”


Scotland Before The Clans